Christopher Rodrigues appointed as new Non-Executive Chair of the Maritime and Coastguard Agency. 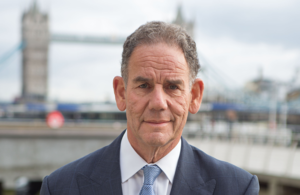 The Secretary of State for Transport has appointed Christopher Rodrigues CBE as the new Non-Executive Chair of the Maritime and Coastguard Agency (MCA), the government agency charged with further enhancing the UK’s position at the forefront of global shipping.

Mr Rodrigues brings extensive international experience as a chair of public, private and government sector bodies in tourism, the arts and public diplomacy and since 2016 as chair of the Port of London, Britain’s largest port.

His leadership will contribute to the MCA’s ongoing plans to transform the agency as it works on innovation and regulation, while seeking to grow the UK Flag and helping boost the maritime economy.

I am delighted to be taking up the role and look forward to supporting the MCA team as they adapt to the changing needs and commercial requirements of international shipping and maintain the great traditions of HM Coastguard.

The UK is a world-leading maritime nation. Ensuring that the MCA provides an effective and responsive service is central to retaining this position.

I very much welcome this appointment. Christopher will bring a wealth of experience and expertise to the Maritime and Coastguard Agency and we all look forward to working with him.

The maritime sector contributed at least £17 billion to the UK economy in 2017 and supports at least 220,100 jobs across the country.