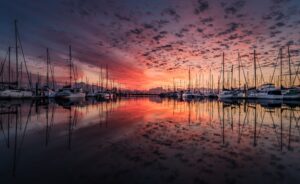 The UK has launched plans to increase protections for England’s waters through a pilot scheme to designate marine sites in England as ‘highly protected marine areas’. The selected sites will see a ban on all activities that could have a damaging effect on wildlife or marine habitats.

This follows the Benyon Review, which recommended that highly protected marine areas will have an important role in helping the marine ecosystem recover.

The sites to be piloted will be identified by Natural England and the Joint Nature Conservation Committee with input from stakeholders with a formal consultation set to launch next year.

“We look forward to working closely with Defra to identify pilot sites and use this great opportunity to explore how highly protected areas can mitigate the impact of human activities on the ocean, support its recovery to a more natural state, and enhance vital marine ecosystems,” says Tony Juniper, chair of Natural England.

This comes as Defra and the Ocean Conservation Trust published the results of the largest ever survey in England and Wales on public attitudes to the oceans. The survey found that 85% of people consider marine protection personally important to them.

The findings also show that when asked about the greatest threats to the marine environment, participants were most concerned about pollution, with overfishing, climate change and loss of marine habitats also ranking highly.

“This new type of marine protection will be the gold standard for rewilding parts of the sea. It’s a fantastic step-forward, one which The Wildlife Trusts and over 10,000 of our supporters have been waiting for – we’re absolutely delighted,” says Joan Edwards, director of policy and public affairs at The Wildlife Trusts.

“The removal of all harmful activities – from fishing and trawling to construction – has never been attempted in UK waters before. This is an historic moment and we’re certain that HPMAs will help our seas become healthier and that degraded underwater habitats will be better able to recover.

“This special form of protection is vitally needed. Decades of overexploitation and pollution have left our precious seas damaged and the wealth of wildlife that once lived there is much diminished. Existing marine protected areas are limited in their ability to restore nature as they only go as far as conserving its current, sometimes damaged state. HPMAs will allow us to see what truly recovering seas look like. They will set a new bar against which other protected areas could be measured.”

Today on World Ocean Day (8June21), countries from across the world have pledged to support the ‘30by30’ commitment which is being championed by the UK-led Global Ocean Alliance and the High Ambition Coalition for Nature and People, co-chaired by the UK, Costa Rica and France.

“The UK is a global leader in marine protection, and we are leading the way internationally to deliver healthy and sustainable seas,” says environment secretary, George Eustice. “We must strike a balance in supporting sustainable industries while increasing protections for our seas to ensure a healthy, resilient and diverse marine ecosystem and we will work with others as we develop future protections.”